OLIVIA MILES writes contemporary romance. After growing up in New England, she spent four years in Montreal before settling in Chicago where she lives with her husband, young daughter, and two pampered pups. When she is not chasing after her little ones, she is hard at work creating feisty heroines and alpha heroes with a heart. A city girl with a fondness for small town charm, Olivia enjoys highlighting both ways of life in her stories. Olivia is also the winner of Harlequin's 2011 Happy Holidays First Chapter Contest, and her winning entry earned her "The Call." She has two releases through Harlequin Special Edition in 2013 and 2014 and a single-title series releasing through Grand Central Publishing starting in the fall of 2014.
Read Olivia's interview. 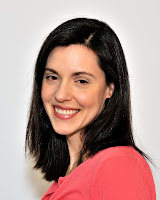 NATALIE CHARLES writes smart, sexy romantic suspense. A native New Englander, she writes about what she knows: small towns with stone walls, charming main streets and dark secrets. She lives in Connecticut with her husband and two young children and she practices law in between writing. Sometimes her characters are lawyers. It can’t be helped. Natalie is the winner of Mills & Boon’s New Voices 2011 and a 2013 debut author for Harlequin Romantic Suspense.
Read Natalie's interview. 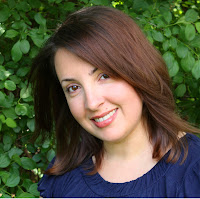 VICTORIA JAMES is a romance writer living near Toronto, Canada. Victoria is a mother to two young children, and one very disorderly feline.Victoria attended Queen's University in Kingston, Ontario and graduated with a degree in English Literature, where she met and then later married, her own hero. After Queen's, Victoria earned a degree in Interior Design. After the birth of her first child she began pursuing her life-long passion of writing. Her dream of being a published romance author was realized February, 2012, when Entangled Publishing bought her manuscript A Family For Christmas. Victoria has three upcoming books that will be released by Entangled Publishing's Indulgence line. Victoria is living her dream-staying home with her children and conjuring up happy endings for her characters. Read Victoria's interview. 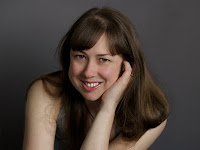 LINDSAY J. PRYOR is a British paranormal romance author who writes dark, intense, multi-layered stories set in the dystopian world of Blackthorn. Her first three books in the series have been signed by Bookouture (founded by ex-Harlequin marketing controller, Oliver Rhodes). Her writing was first discovered through Harlequin Mills & Boon's New Voices competition, where she was a finalist in both 2010 and 2011 with two books from her Blackthorn paranormal romance series. Her debut, Blood Shadows, was released in November 2012. Her second, Blood Roses, is being released in the Spring of 2013 and the third is due for release in the Autumn of 2013. When not writing or teaching, Lindsay indulges her fascination with mythology, is a supporter of animal welfare and relaxes with books or films.
Read Lindsay's interview.

TINA E. VAUGHN is an award-winning journalist and romance author who's always dreamed of being a writer. As a toddler, she pretended to be Lois Lane. While in elementary school, she wrote her friends' love letters to their boyfriends in exchange for Mickey Mouse ice cream bars. In high school, she scribbled her first romance in a spiral notebook. Fast forward fifteen years... Tina is the editor of a community newspaper, which provides plenty of inspiration for the “small town, big scandal” romances she loves to write. She lives in the Blue Ridge Mountains of Virginia with her husband and daughter, and is known for commemorating milestones with silver jewelry, tattoos and/or ice cream.
Read Tina's interview. 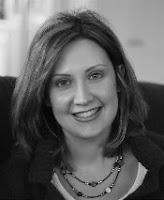 JENNIFER SHIRK has a bachelor degree in pharmacy-which has in NO WAY at all helped her with her writing career. But she likes to point it out, since it shows romantic-at-hearts come in all shapes, sizes, and mind-numbing educations. She writes sweet (and sometimes even funny) romances for Samhain Publishing, Avalon Books/Montlake Romance and now Entangled Publishing. She won third place in the RWA 2006 NYC's Kathryn Hayes Love and Laughter Contest with her first book, The Role of a Lifetime. She resides in a beach resort in NJ, and when she's not writing or working on her tan, she's taking care of her most treasured possessions: her husband, daughter, and four hermit crabs. 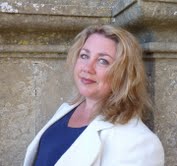 RACHEL LYNDHURST I write full-time now my children are at school, but I'm still a teeny bit proud of my law degree and accountancy qualifications. I've also had a lot of fun in the past working in the space industry, pharmaceuticals, insurance, a supermarket, a bus station, a railway depot, and a lingerie department. I live, and write, surrounded by laundry and old newspapers most of the time with my daughter, son and The Exec in Fareham, on the south coast of England. Sometimes I can smell the sea from my back garden and I have grand designs on a luxurious garden office one day. Or a castle, I'm not fussy.   When I'm not working, I do enjoy a good rummage through  a decent antique shop,  and popping into Sainsbury’s. Oh, and wine and expensive lipstick are non-negotiable . I love to hear from my readers ( especially the male supermodel ones), so please feel free to drop me a line or leave a comment on my blog.
Read Rachel's interview.