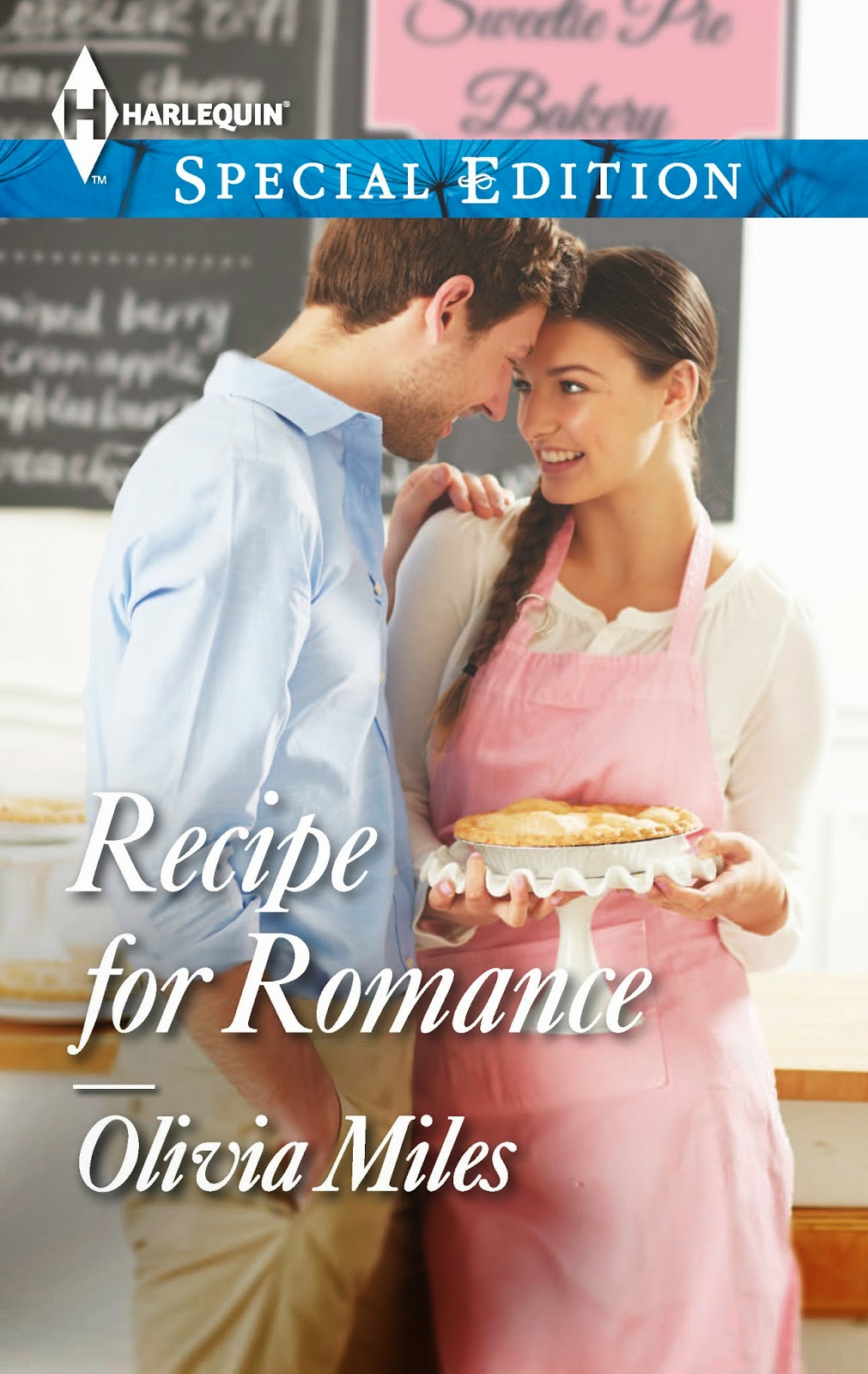 I'm so thrilled to be chatting with my good friend, Olivia Miles today about her new book release, Recipe for Romance. I loved everything about this book-and can't wait to share the insider scoop on this story and Olivia's upcoming books...

First loves are hard to forget…but blend one very special couple with a slice of blueberry à la mode and anything can happen in Olivia Miles's delicious reunion story, Recipe for Romance!

When Scott Collins walks into the Sweetie Pie Bakery on opening day, Emily is convinced she is seeing a ghost! It has been twelve years since he left town without a word—twelve years since he shattered her teenage heart. What has brought him back to Maple Woods? And why now?

Time has only improved Emily's beauty, Scott muses. He would give anything to take away her pained expression, to be able to hold her in his arms again. But the family secret that drove him away still stands between them. And telling her the truth could ruin more than just their second chance at a happy ending….


Can you tell us a little about Recipe for Romance?

Emily Porter is thrilled to be putting her pie-making skills to use at the town's new bakery: Sweetie Pie. Working with food has always been her passion and now that her family responsibilities are finally behind her, she can start to think about pursuing a path outside of Maple Woods…that is, until her high school sweetheart Scott Collins strolls back into town and makes her think twice. When Scott left twelve years ago, he took with him a secret that could devastate Emily. Will he explain his reasons for vanishing, and will Emily be able to forgive him?


So, back to Maple Woods! I know I was thrilled when I learned that Recipe for Romance was set in the same town as your Christmas debut, ‘Twas the Week Before Christmas. Can you tell readers whether or not they’ll get a glimpse of Max and Holly?


Max and Holly do make cameo appearances, as well as everyone’s favorite busybody, Evelyn Adler. I’m happy to be introducing some new characters as well.


When you began the first Maple Woods book, did you have Emily and Scott’s story in mind, or did it evolve as you wrote ‘Twas the Week Before Christmas?


It didn’t really evolve until I wrote the last scene in ‘Twas the Week Before Christmas. I knew then that the town of Maple Woods would evolve and grow, and the first place to start was with the pie shop. From there, I thought of threads I could build on from the first book, specifically the reconstruction of the town library, which was a primary plot point in the first book, and Recipe for Romance began to take shape. I actually had to go back into ‘Twas the Week Before Christmas and add Emily’s character, since neither she nor Scott were central to the first book, though the storyline they continue is directly linked. 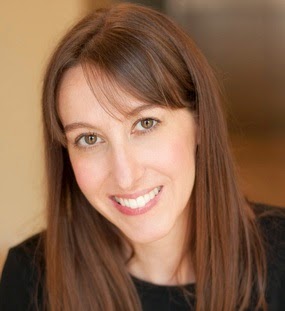 Can you share what your hardest scene was to write?


The ending was the hardest and also the most rewarding. I had an epilogue in place, but at the line edit stage, my editor and I decided that it really wasn’t the right tone. I had a very short amount of time to rewrite it, and I wanted to do the story and the characters justice. I’m particularly proud of the final scene, despite the crunch it was written under, and I think I achieved what I set out to do.


What scene did you have the most fun writing?


I just loved writing the scenes with Emily and her sister, Julia. Julia is a bit dramatic and she speaks her mind, and she has a way of really forcing Emily to be honest with herself. Julia is one of my favorite characters ever, and she brought the perfect balance to this book.


I fell in love with Maple Woods. Can you tell us what inspired the setting?


I grew up in Connecticut, where Maple Woods is set, and I think the fictional setting embodies a combination of all my favorite, quaint, quintessential New England towns. I don’t ever get back, and by writing these books, it’s a way for me to reconnect with my childhood.


Last year was a very exciting year for you, with your Briar Creek series being sold to Grand Central Publishing. How does writing single-title differ from writing category romance?


I think the biggest difference for me is pacing. My first single-title book, Mistletoe on Main Street, is about 100,000 words, whereas my Special Edition books are around 60,000 words. With the longer books, I have to be careful not to rush the story but also keep it moving, and I’ve also adjusted my point-of-view shifts. Fortunately, there is more room in the single-title books to develop secondary storylines and characters, which I have really enjoyed doing.


Care to share a little insight into what you’re working on right now?


Right now I’m wrapping up my second book in the Briar Creek series, which will be called A Match Made on Main Street. This book will release next April. For those that enjoyed Recipe for Romance, this book will also play on a culinary backdrop. Ironically, as a result of writing these books, I have less time to spend in the kitchen, but I have certainly never had a bigger appetite…:)
You can find Olivia at the following places online:
Olivia's Website
Facebook
Twitter
Posted by Victoria James at 1:00 AM
Email ThisBlogThis!Share to TwitterShare to FacebookShare to Pinterest
Labels: Harlequin Special Edition, Olivia Miles, Recipe for Romance