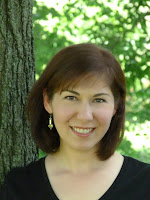 CAN YOU TELL US A LITTLE BIT ABOUT THE PROMISE OF RAIN?


Absolutely! The Promise of Rain is a story about a wildlife veterinarian, Dr. Anna Bekker, who is not only protective of the orphaned baby elephants she’s determined to rescue, but of the four-year old daughter she’s raising on a remote, rustic camp in Kenya’s Serengeti. Her sanctuary is the one place where she can put the past behind her and feel in control of her life…until it’s discovered by Jack. When guarded scientist and wounded hero, Dr. Jackson Harper, who likes his life clean and controlled, discovers that his child is being raised in the wild, he’ll do whatever it takes to get his little girl back to the States…even if it means shutting down Anna’s camp and burning any chance at ever having her in his life again.


I’d say Anna is passionate, nurturing and determined…yet (and here’s where I sneak a few more words in) because of her family history, she’s disillusioned and insecure about love.

IF YOUR BOOK HAD A THEME SONG WHAT WOULD IT BE?


Oooh, I love this question! You see, I can’t listen to music when I write. I need total silence, which is why I sometimes resort to waking up at 4 AM…long before the kids. However, I do love music and it does fuel my creative process. I’ll listen to music (especially country music) when I’m brainstorming a book, but it’s not until I’m finished with the first draft that the book’s ‘theme song’ hits me. I think that’s because I know my story and characters at that point. The song has to fit my book, not the other way around. Listening to the theme song before revisions helps immerse me in the emotions of the story.


For The Promise of Rain, my theme song is Taylor Swift’s ‘Back to December’. The song as well as the music video are perfect for the story. The funny thing is, of course, that snow—not rain—plays a big part in the music video, but the image of Taylor Swift and the boy in the video, the emotions of regret and yearning, and the lyrics are so in tune with the book it’s uncanny. When I watch the video, I see a young Anna and Jack, back when they knew each other in school.

IF YOUR BOOK WAS MADE INTO A MOVIE, WHO WOULD BE YOUR DREAM CAST?

Ah, book to movie. Every writer’s dream! The Promise of Rain is a story close to my heart and many elements in it were inspired by my childhood and life experiences. As a kid I idolized Jane Goodall (still do). I wanted to be her. So when I wrote this book, Anna always appeared in my head like a young Jane Goodall. But since Jane’s not a hollywood actress, I’d pick Teri Polo to play Anna. She has that simple, natural beauty that Anna has.


For Jack, I need a cross between Jude Law and a young Harrison Ford. A cross between those two...wouldn’t that make Jack the perfect man? LOL. 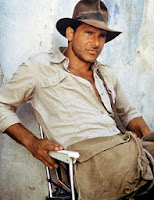 CAN YOU TELL US ANY BEHIND THE SCENES SECRET ABOUT YOUR NOVEL (EITHER RELATED TO THE WRITING PROCESS OR HOW A CHARACTER/SCENE TURNED OUT WAY DIFFERENT THAN ORGINALLY INTENDED, OR IF ANY CHARACTER WAS BASED ON REAL LIFE PEOPLE, ETC.)?


Hmmm. Well, you know how I mentioned Jane Goodall? When I was a kid I loved monkeys. I mean LOVED monkeys...especially chimps. My older sister had me convinced (when I was young enough to almost believe her) that I was actually was an orphaned monkey who, while on a jungle safari, she and my parents found and took in. I only looked human because I’d been living with them for so long. LOL


So, of course I had to include a primate in The Promise of Rain. Ambosi is a three-legged, spunky little vervet monkey who acts as a sort of side-kick for Anna and a source of comic relief from the story’s emotional side.

WHAT IS THE LAST BOOK THAT KNOCKED YOUR SOCKS OFF?


Now this is a tough one! There are so many works of fiction that have left a lasting impression on me it’s hard to pick. Honestly, I just spent 30 minutes trying to narrow one down and I couldn’t. So I’m going to reveal the nerd in me and go with the writing craft book, Save the Cat by Blake Snyder, because it really made things click for me.

WHAT DO YOU LIKE TO DO WHEN YOU AREN'T WRITING?


Key word: like. When I’m not writing, the amount of laundry, dishes, cleaning and dealing with school/kid related stuff is endless. I mean as in black hole endless, LOL. However, when I am able to steal a little free time, I love gardening, watching movies, reading and planning my next landscaping project. According to my hubby, I collect trees. To his dismay, he has to help plant them ;).

HOW CAN READERS CONNECT WITH YOU?


I love hearing from readers! I can be found many places including:

Thank you so much, Jennifer, for having me at The Hot Pink Typewriter!
***It’s been so much fun and I’d love to add to it by giving away a copy of The Promise of Rain…either ebook format or a signed print copy…winner’s choice. Just leave a comment to be entered in the drawing!*** 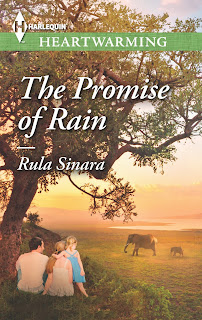 Blurb: The Promise of Rain


He wants to take her child out of Africa…

The Busara elephant research and rescue camp on Kenya's Serengeti is Anna Bekker's life's work. And it's the last place she thought she'd run into Dr. Jackson Harper. As soon as he sets eyes on her four-year-old, Pippa, Anna knows he'll never leave…without his daughter.


Furious doesn't begin to describe how Jack feels. How could Anna keep this from him? He has to get his child back to the States. Yet as angry as he is with Anna, they still have a bond. But can it endure, despite the ocean—and the little girl—between them?

Remember every comment entered below is an entry for Rula's book giveaway. Giveaway will run from now until Thursday, Jan 9th 11:59 PM EST. The winner will then be picked and posted here on the blog Friday, Jan 10th.
Good luck and Happy Reading!
Posted by Jennifer Shirk at 6:00 AM
Email ThisBlogThis!Share to TwitterShare to FacebookShare to Pinterest
Labels: Giveaway, Harlequin Heartwarming, interview, Rula Sinara